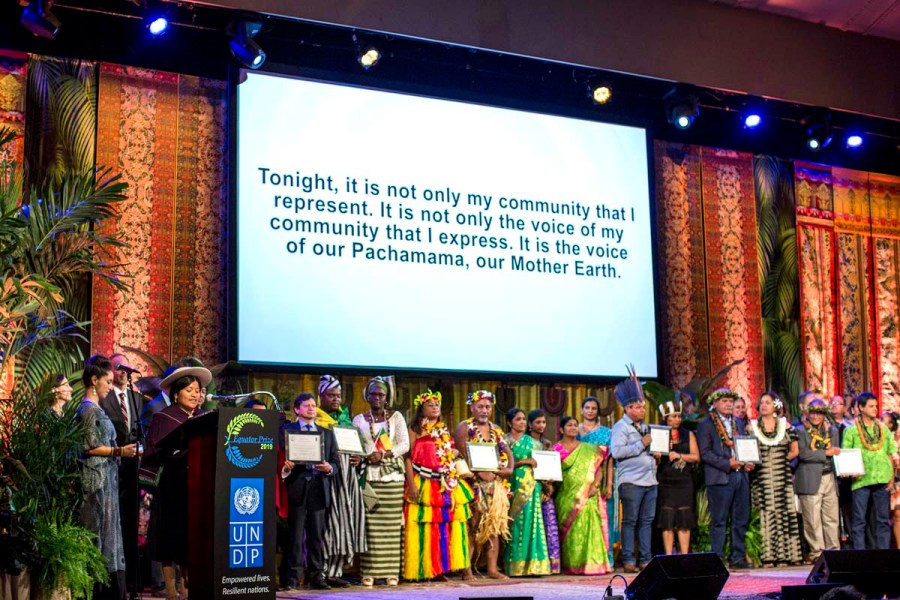 United Nations’ “Equators Prize” was given to TRCT on September 24, 2019, in New York during its general assembly. The prize is given to communities in tropic area to promote their efforts to conserve and to use biodiversity sustainably in every two years.

This year TRCT was chosen with other 21 communities. TRCT is very honored for this award and recognizes that the award is for all the community members and many related bodies including The Nature Conservation, BMUB, North Pacific Development Fund,US Forestry Service, Micronesia Conservation Trust, Risona Foundation, JICA, ECOPLUS, YapCAP, Yap State EPA, R&D, Marine Resources, Agriculture and others.

The awarding ceremony was held at Town Hall of central New York in the evening of September 24. The representatives from TRCT, Mr. Vitus Faneg and Ms. Wenifred Faimau were attended on the stage with other winners with local attire. They were introduced to the audience including leaders from different countries.

In advance of the ceremony, UNDP organized several workshops to connect each awardees. Not only the two representatives, but also Mr. and Mrs. Fetan of Tamil were joined in the workshops at their expense.