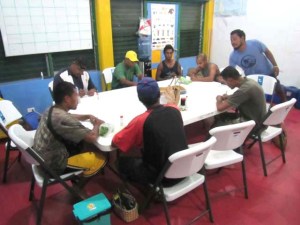 On February 26, The election for the board members was held and Mr. Sean Gaarad was elected as the president of TRCT. Vice President will be Marbey, Treasurer will be Henry, and Pitmag will be Secretary.

The election was held by all representatives form villages of the Tamil and each representative vote the names for four positions. Official announcement will be followed soon.

This site uses Akismet to reduce spam. Learn how your comment data is processed.